I wonder how many times through the years I have been blessed to post that title for a blog entry.  After the inauspicious beginning of a very, very thorough hand-search by TSA, my trip was pleasantly uneventful.  My bag even arrived with my flight this time.  Honza was waiting for mw at the airport, and we went to our traditional Italian pizza place to eat, catch up, pray and study together.  After that, I hurried to do a little shopping before meeting two of my favorite people here for a spiritual discussion and planning session.  Later that night I had an unexpected opportunity to talk to another person I have known for a while about some family issues.  While this person is not a believer, it will hopefully open a new door.  This was a reminder of the value of the time I have spent here cultivating relationships in what we would call “the community.”

After sleeping in on Tuesday, I spent the rest of the study preparing for other studies this week and settling in.  That includes things going to cellular provider of my Czech phone to buy credits, doing a little shopping, and buying a cable to connect my camera to the computer.  Yes, that has become a traditional part of settling in.  For some reason, I keep forgetting to pack the cable.  When I went to the shop where I always buy it, the conversation began as it usually does.  I told the man what I needed, and he said he wasn’t sure if they had it in stock.  I assured him they did- elaborating on how many times I had purchased the same cable there.  He was amused and seemed to appreciate my sense of humor in Czech.  Maybe after another time of two, he will want to discuss the Bible.

Though it was a dreary looking day, the temperature was quite nice, so it made walking through the old city very pleasant.  That positive feeling was enhanced by the scaffolding finally being off of Muzeum.  Walking past an outdoor market that has been there for almost 900 years on the way to an electronic store amazes me.  Getting to the grocery late means the bread is little picked over, but still good. I was reminded of the fascinating diversity of the city as I encountered an old Chevy being used to advertise a store that stocks all the needs a practicing witch needs, and a demonstration being be held by a group opposed to the extinction of various things.  I do love this city. 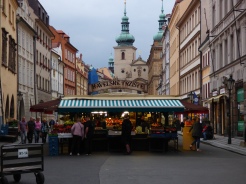 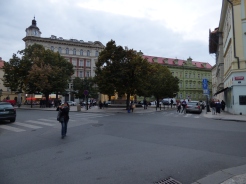 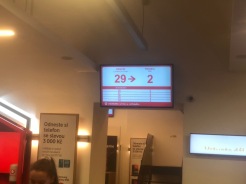 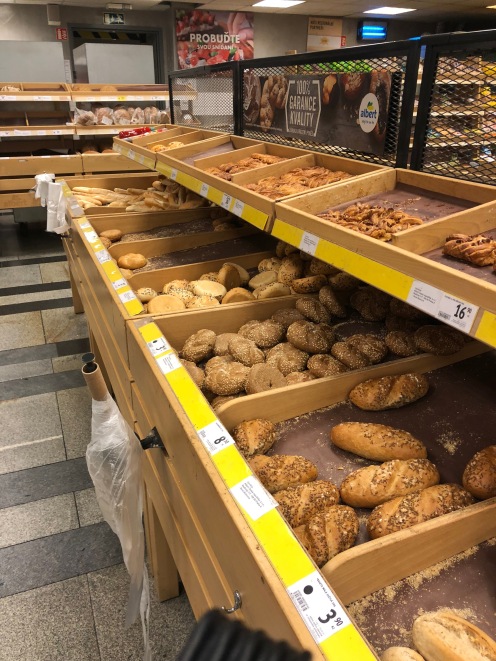 One response to “Safely in Prague”