I encountered some internet problems, during the latter days of the trip, so I’ll catch up and finish up by giving more of a topical approach.  The assembly on Sunday was quite encouraging.  A theme of thanksgiving had been selected for the day and all parts of the worship were built around that.  While it’s always great to be reminded of that, the economic circumstances in Bulgaria seem to leave folks especially vulnerable to not appreciating what they do have.  The sermon was very graciously received and hopefully productive After the worship the group enjoyed a Bulgarian styled potluck.  Spending time with Biss is always a highlight of the trip.  He plays a huge and productive role in the work there, and there are always many things he is anxious to discuss.  During the days in Bulgaria we spent about 16 hours together.  I was also able to spend time with Savella.  She is still adjusting to the death if her father and in connection with that having some legal issues with their flat.   I was also able to meet with Hristo and Vanya on a couple of different occasions.

Meeting with Rafik and his family was near the top of my to-do list for Sofia, and I was able to spend a number of hours with them as well. I also met with several other of the brethren as well.  It’s been very encouraging to see how these relationships have grown over the years.  As the group grows, it is facing some challenges that I was asked to help resolve. I also met a couple of times with a man I met on my last visit who wanted to discuss spiritual things.  Things there did not progress as much as I had hoped, but that seems to have been more of a time issue that a lack of interest.  I also met and talked to another person I’m anxious to follow up with next trip. 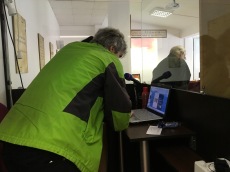 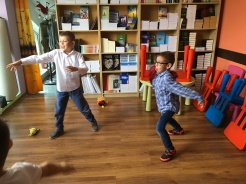