Once again I am blessed to say I am safely home after a productive trip.  Thanks again to all of you who have expressed interest in and support for the work done.

My Sunday in Prague was very encouraging as well. The group appears to be moving on well from the recent difficulties, and is focusing on the future. The family that had visited our study on Saturday came to the worship on Sunday as well. They seem like really good people, and seemed impressed with the church. Honza Novak is doing a good job and working with them. Attendance was good, as was the mood of the group. Karel did a nice job teaching the class on the book of Revelation, and I preached on “Taking Up our Cross.” The time always gets away too quickly.

I spent my last Saturday on the trip leading the discussion for gathering of Christians from across the country that is conducted every second month. Not only was the turnout of Christians from across the nation good, but we also had a family of local visitors. We had a very lively and practical discussion of personal evangelism. After today’s study, many of the people hung around together for another hour or so to visit before heading back to their respective cities. It was good to see them all again, especially the young people who made up probably 1/3 of those in attendance.

Sites of the City

There was truly a feeling of Christmas in the air in Prague. The market was in full swing with people from all across the country in the city to visit it. “Good King Wenceslas” is still presiding over the his square. If you stay in this hotel, you need to be skinny to fit in. On a much more serious note, thankfully people still remember the sacrifices of two young students who died of self-immolation in the square a year apart in protest of the Russian invasion in 1968. 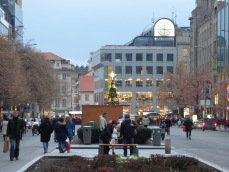 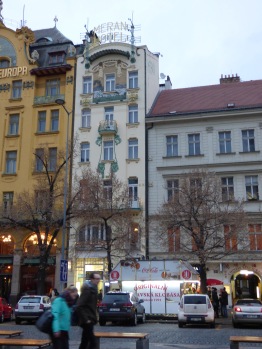 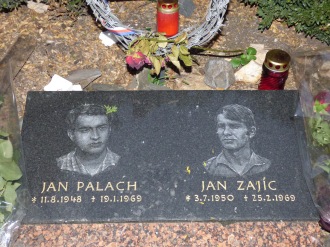 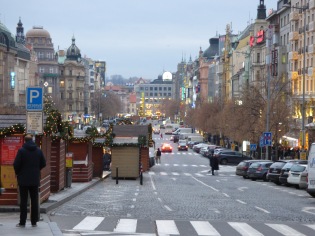 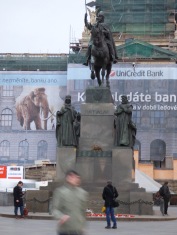 I also had the opportunity to travel with Honza Novak to the town of Podebrady about an hour from Prague to visit a property that he has recently developed there. This gave us our first opportunity on this trip to have a protracted period of time to have in-depth discussions about some of the issues that he is facing in his life.  He continues to be a model of someone who faces life challenges with courage, dignity, and a mature faith.  As he is currently doing a series on the book of Hebrews, it also gave us a great opportunity to discuss some of the particularly challenging aspects of this book. I hope I managed to be as much of an encouragement to him as he is to me.

It takes about an hour by public transportation to get to Honza and Monika’s home, but the trip is always worth it.  They have been dealing with some illness in the family, but they were anxious for me to come and I was anxious to go.  As always, the evening with them was both pleasant and rewarding. It is always so encouraging to see how their family is growing and developing spiritually.  As we often do, we discussed different aspects of childrearing.  They are obviously doing a fine job with their two children. We also had a very positive discussion about the future of the church in Prague. Monika cooked a delightful supper that we enjoyed together before I headed back into the city center. 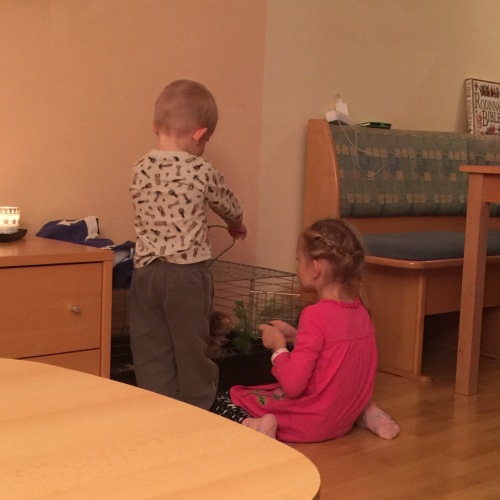 My time in Sofia came quickly to an end. Biss and I were able to spend a little while together Monday evening. The last day is always the hardest. The weather had turned cold and it began to snow just before we met. Based on the forecast, I was concerned about getting out the next morning. The traffic on the way to the airport was horrible as people navigated the six inches on fresh snow. Though I arrived less than an hour before my flight, I was in time. The cattle class check-in lines were closed, but I was able to use the alternate line. Thankfully, the de-icing process though appearing a bit primitive was successful and the flight was only about an hour late. The flight was otherwise uneventful, and I got settled into my place in Prague in time to do some work and exercise my culinary skills.

The open doors in Sofia are amazing. Biss sees this, but also understandable feels the pressure it puts on him to make wise choices and make good use of the opportunities hemispheric afforded. I have a lot of confidence in him handling it well. Please keep him as well,as,the rest of the Christians in your prayers.