I had one discussion today and will have another in the morning before my flight.  I hopefully will post one final time letting folks know I am safely home.   I will finish up with a few more sights of Prague.  Last night I stopped and took a picture of a drunk who had passed out and the cop who was trying to figure out what to do about him.  She came over and we chatted for a while as she waited transport.  She described the cycle of tourists giving enough money to alcoholics to allow them to become “dead drunk.”  Either they sleep it off on the street or are transported.  When they become sober enough to be back on the street the process starts over.   This particular man was passed out about 50 yards from a street market that has been running since 1232 AD and about 150 yards from an opera house where Mozart’ “Marriage of Figaro” was preformed a few months after he wrote it in 1786.

During the 25 years since I first came here many things have changed, but many have not.  The cafe where I had my first study with a Czech is still spectacular, tourists still flock to see the astronomical clock, old Town Square is still breathtakingly beautiful, and you still get to pick out your own fresh Czech bread by hand. 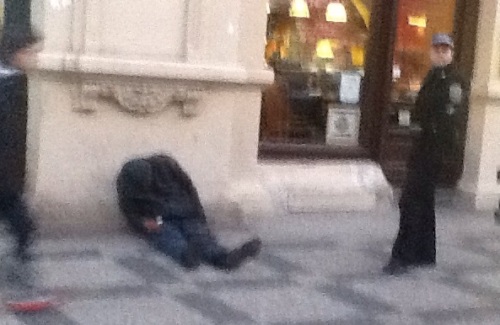 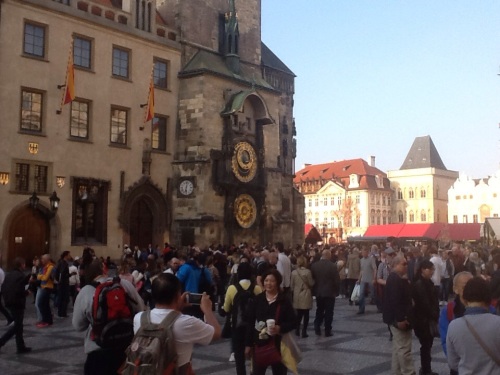 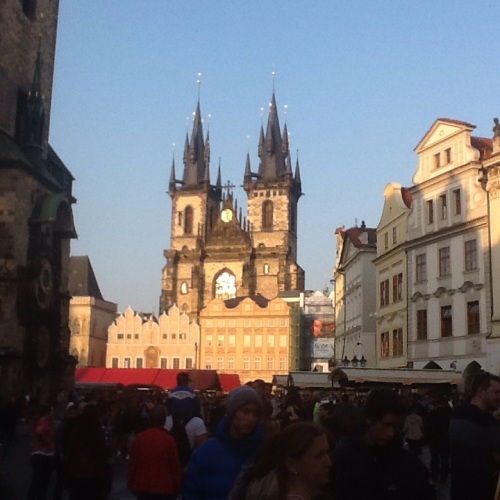 One response to “Finishing Up”